Ceramic insulation coating has been on ships operating in extreme conditions around the world for over 15 years. Based on thermal insulation performance and ability to greatly reduce or prevent condensation, ceramic-based coating is used as stand-alone insulation and combined with traditional materials. Shipyard fabrication timelines are reduced by 12-15 days based on faster spray application compared to traditional material installation requirements. Non-flammable spray insulation can be applied while steel cutting and welding are still in progress resulting in faster overall production schedules and lower cost. 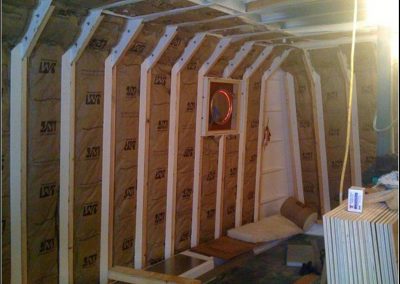 Western Towboat’s crew quarters use ACS CIC to control condensation and keep their traditional insulation dry so it can perform. 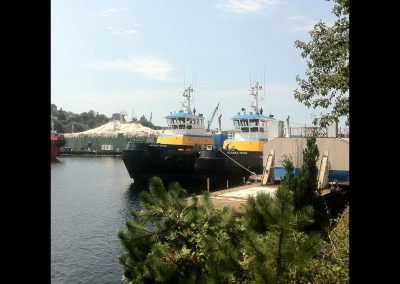 Western Towboat’s main base is located on the Seattle ship canal in Ballard. 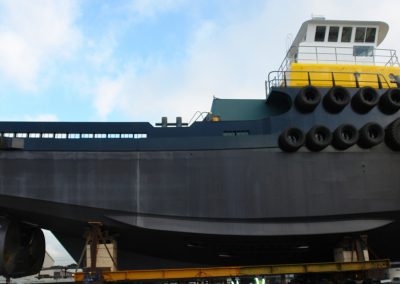 Western Towboat was responsible for the Titan Class Tug development. 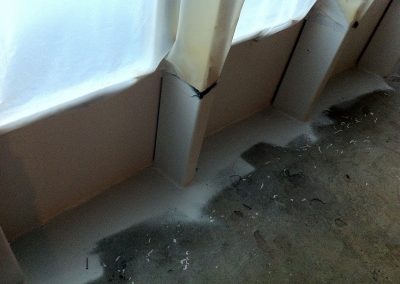 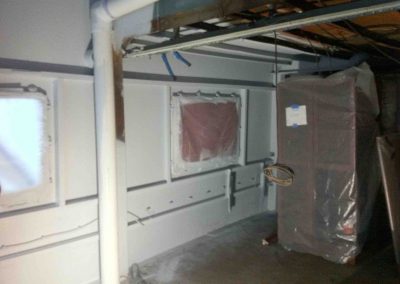 This Un-Cruise ship application controls condensation and reduces solar heat loading into the superstructure. This can reduce interior surface temperatures from 150F to 100F, making AC much more effective. 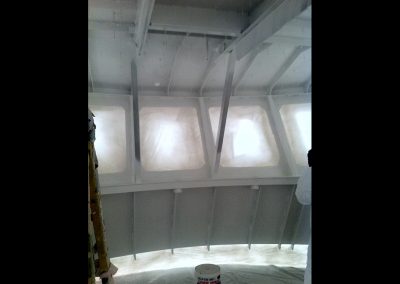 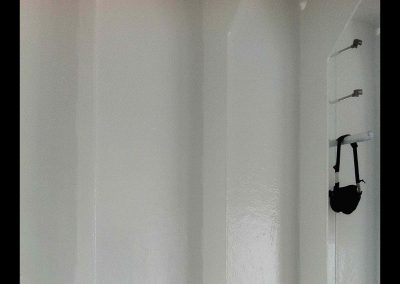 The San Francisco Fireboat designed by Jensen Maritime was built at Vigor Seattle. The aluminum pilot house was fabricated at Kvichak Marine in Seattle and ACS CIC was applied for insulation before being moved to Vigor for attachment to the deck house. 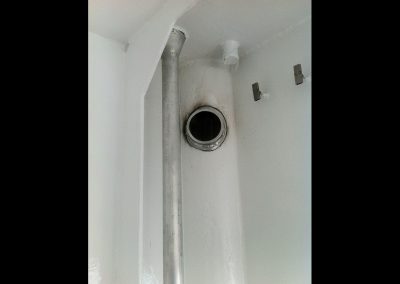 The San Francisco Fireboat deckhouse was built at Vigor Seattle and insulated with ACS CIC throughout. 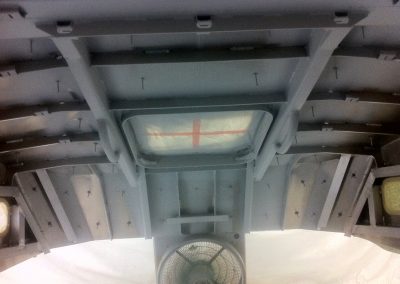 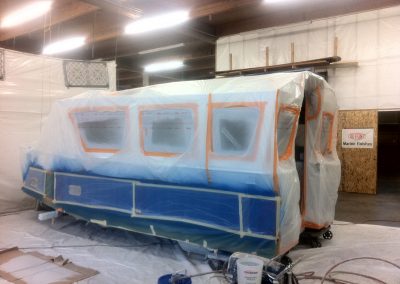 The Seattle Police Boat #9 is the civilian version of Kvichak Marine’s USCG 44′ RB-M. 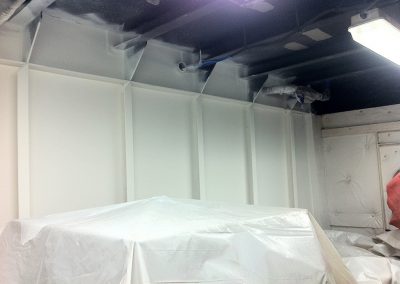 US Seafoods used ACS CIC throughout their ship to improve thermal performance. 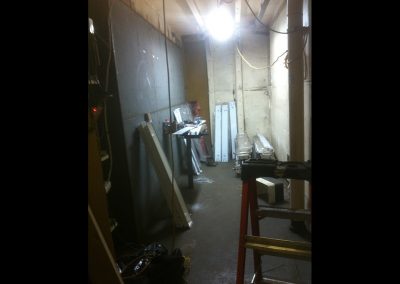 US Seafoods rebuilt the F/V SeaFreeze America at their Seattle, WA Lake Union base. 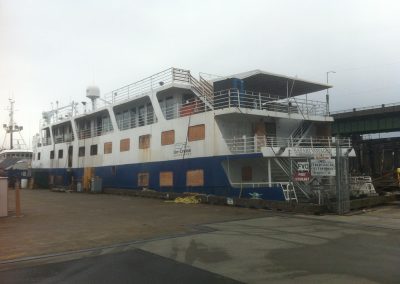 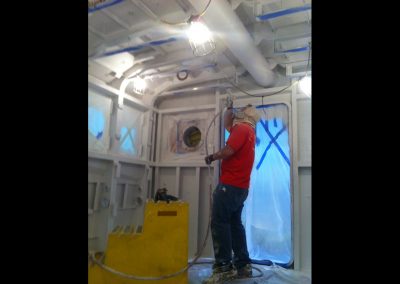 Insulating complex surfaces on the Portland, OR fireboat with ACS CIC. 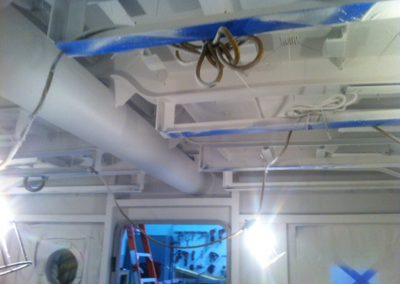 Complex surfaces on the Portland, OR fireboat insulated with ACS CIC. 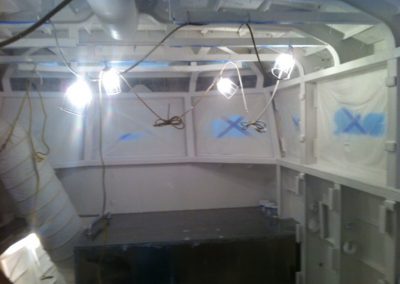 This 54′ aluminum Portland, OR fireboat was built by Oregon Ironworks in Clackamas, OR. 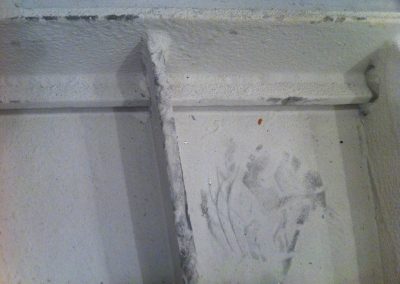 Once dry, ACS CIC provides a tough protective finish that can also be removed when necessary. 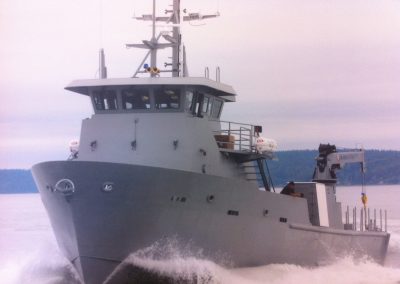 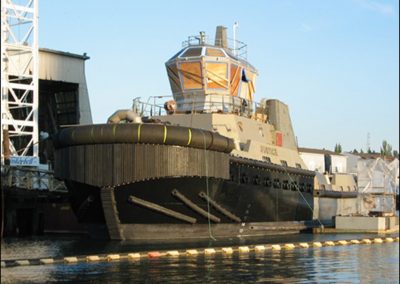 This tug designed by RA Allan of Vancouver, BC was built at Martinac Shipyard in Tacoma, WA. 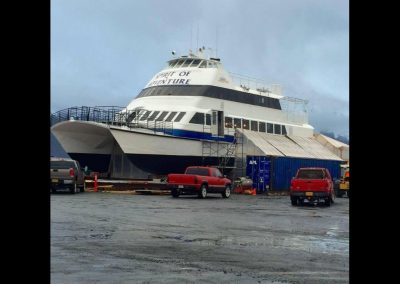 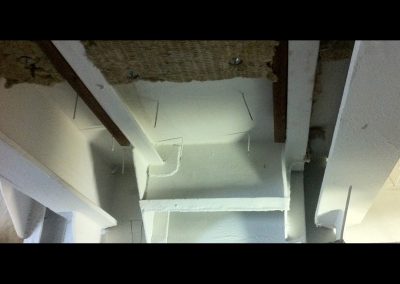 ACS CIC is ideal for insulating irregular surfaces. Like this overhead in the factory space. 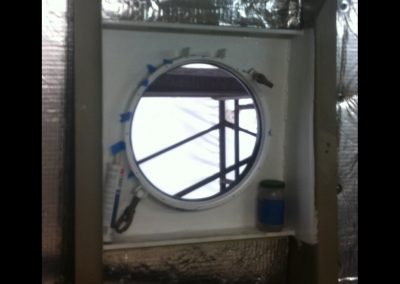 Pilot house window mullions are a problem area for condensation on all ships. 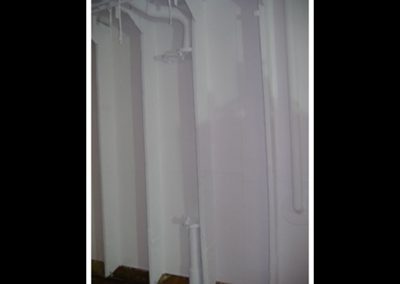 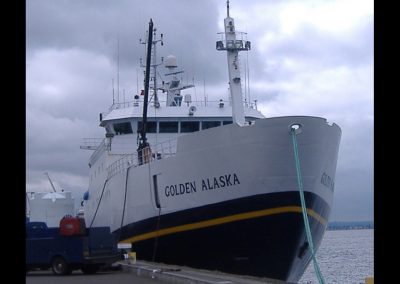 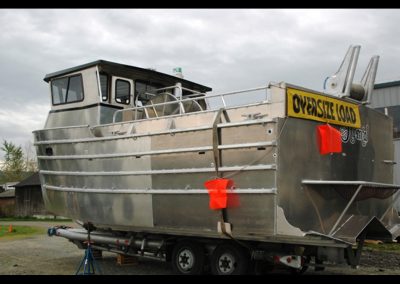 This Bristol Bay gillnetter is insulated with ACS CIC. The owner, Fred Crothamel, of Mercer Island, WA advises other fisherman to do the same. 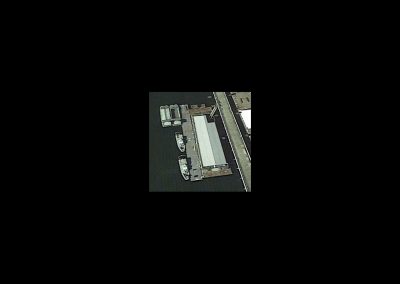 The Bremerton Naval Shipyard’s Inactive Fleet Maintenance office insulated the interiors of 2 barge-based maintenance buildings. According to their staff, “I am happy to say No condensation on either barge and they are much more comfortable. We would like to try his product on two of the small boats. Hopefully we you will hear from my company on this, I have highly recommended it.” 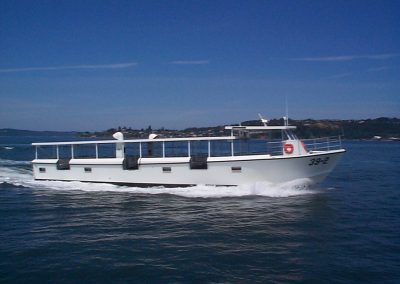 Modutech Marine of Tacoma, WA has used ACS Ceramic Insulation Coating (CIC) on their aluminum boats and ships for many years. This tourist boat is used at the USS Arizona Memorial in Hawaii. 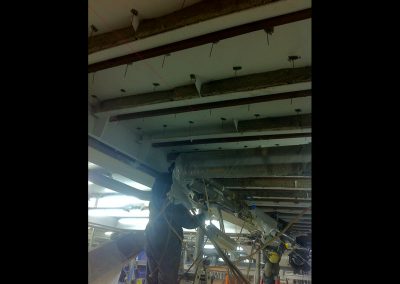 This ship replaced wet rock wool insulation with CIC and rock wool in the factory processing space. The CIC will work to control condensation and keep the traditional materials dry. Also, with CIC in place, they could skip the stiffener wrapping and rely on CIC for insulation. 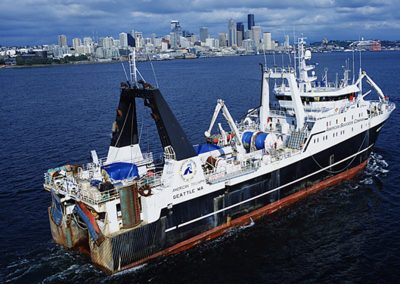 American Seafoods has used ACS CIC to insulate spaces on ships throughout their fleet of factory trawlers.