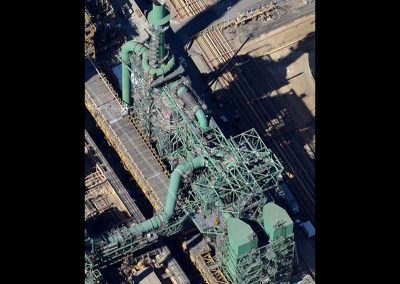 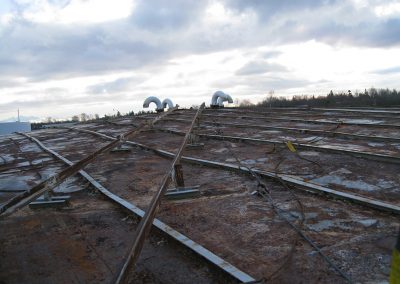 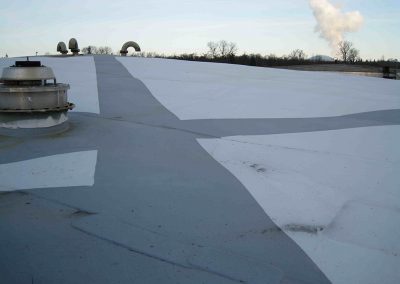 ConocoPhillips Refinery, Ferndale, WA: Tank tops can be insulated with ACS CIC and allow visual inspection to prevent corrosion. The acrylic-based CIC can also be recoated when oxidation is detected after 10-14 years. 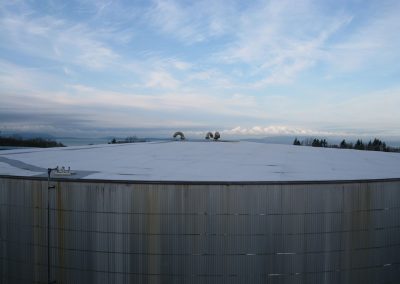 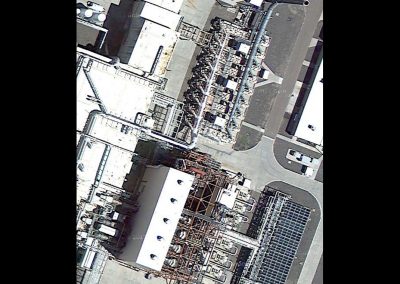 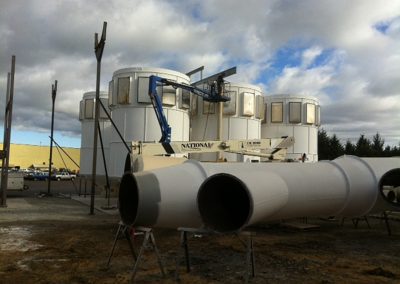 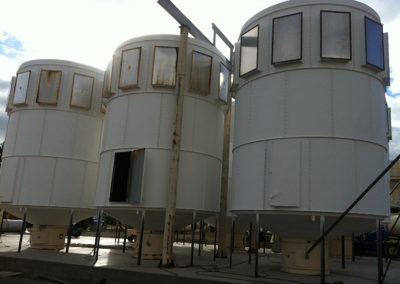 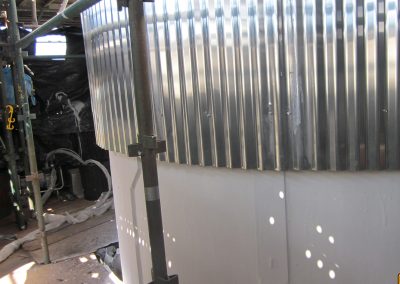 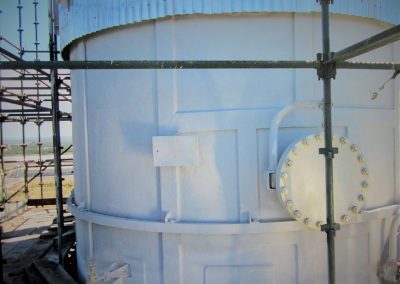 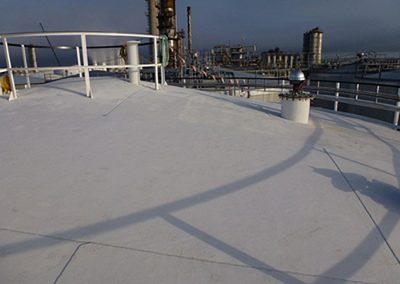 Hot tank tops and walls are easily insulated with ACS CIC. As you can see, surfaces can be easily inspected and won’t lead to CUI like conventional materials. 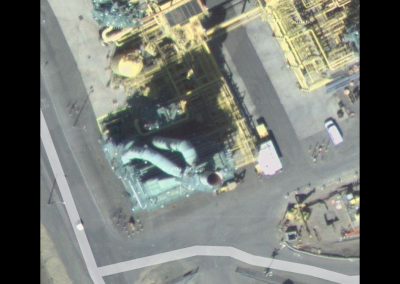 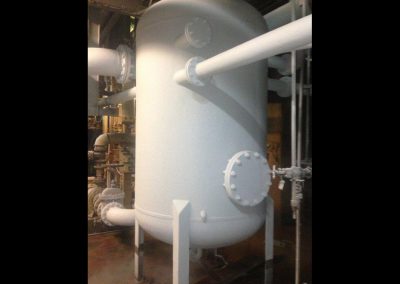 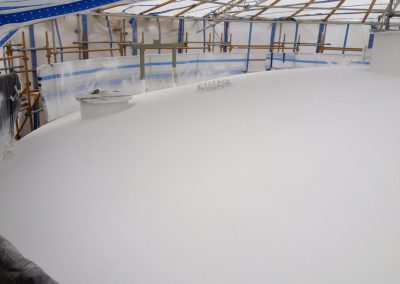 Complex surfaces are expensive to insulate and hard to protect from corrosion under insulation. ACS CIC insulates and protects from corrosion while also allowing visual inspection. 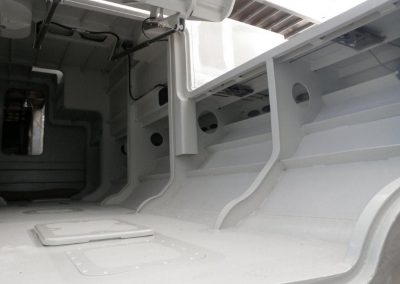 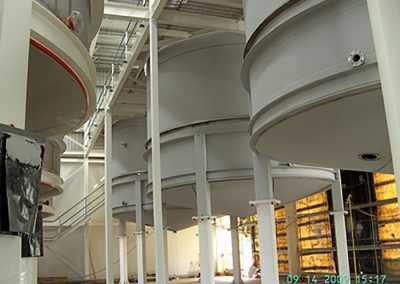 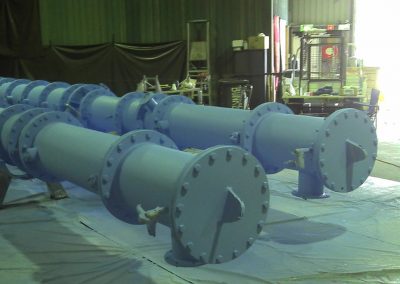 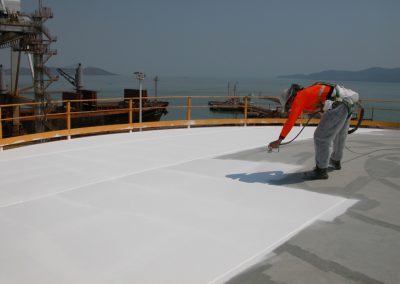 Tank tops are rarely insulated because the conventional materials fail and cause corrosion. ACS CIC reduce heating costs by as much as 10% in cold regions. 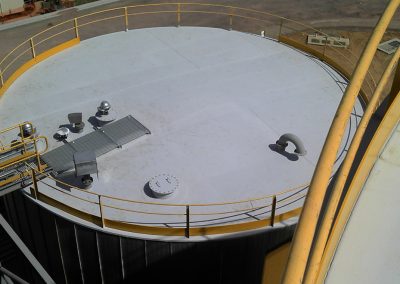 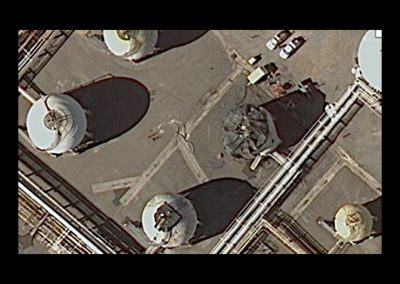 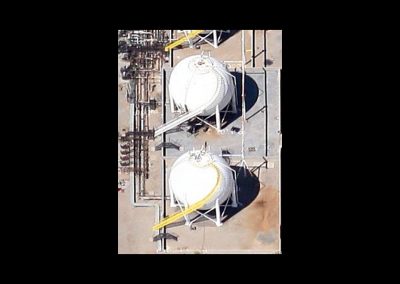 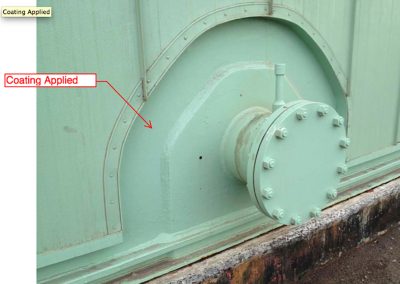 This shows a tank inlet that’s typically a source of corrosion under insulation (CUI) on tanks. Penetrations often fail and lead to moisture penetrating insulation and causing CUI. A better way to insulate is to use CIC around penetrations and only use mass-based materials where they’re less prone to failure. 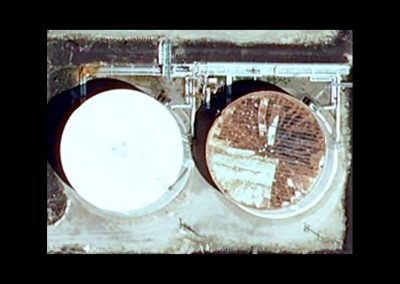 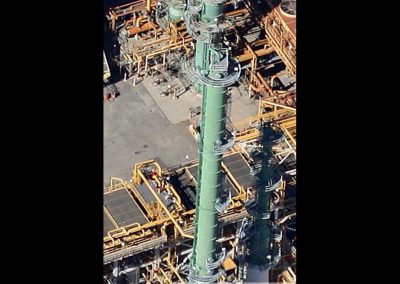 DIB Tower And Heat Exchangers (in back)

Valero Refinery, Benicia, CA: Plant process tower, heat exchangers and diffuser ducting systems were all insulated with CIC for heat retention, corrosion under insulation prevention, personnel protection and in the case of the ducting, to prevent internal condensation and corrosion. All applications performed to specifications.